I've always considered Halloween a fun prelude to the Holiday Season.  (A time to be a little naughty, before you have to be nice).

Here's the history of Halloween according to Wikipedia:

But after the Halloween treats, come Election Day tricks.  Frank and Ernest by Thaves, nails it:

(Click no image to enlarge)
Posted by Ted Henkle at 10:15 AM No comments: 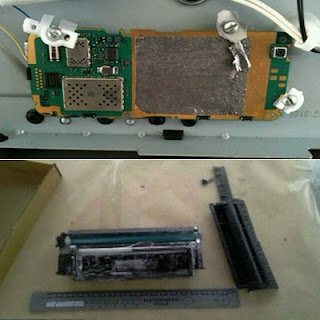 Today's news was dominated by suspicious packages, toner cartridges with circuit boards and wiring, turned up in the UK, NY, NJ and PA.
Obama addressed the nation for a few minutes confirming that a terrorist plot was afoot:
http://www.foxnews.com/politics/2010/10/29/administration-closely-monitoring-possible-terror-packages-thursday/
Here's the video of Obama's address:
http://video.foxnews.com/v/4394166/-obama-we-will-not-waiver-in-our-resolve-to-defeat-al-qaeda
Want to know how to turn a toner cartridge into a bomb?  Here's how:
http://www.foxnews.com/scitech/2010/10/29/used-toner-cartridge-used-bombs-expert-says/
While this piece gives a general rundown on how today's events unfolded:
http://www.foxnews.com/us/2010/10/29/authorities-investigating-possible-bomb-threat-philadelphia-international/?test=latestnews
I've always admired Walid Phares's knowledge of the middle east and islamic terrorism.  Here's a video clip of his appearance on Neil Cavuto's Your World:

I agree with Dr. Phares's comments.  Our current administration is still looking at islamic terrorism through their ideological blinders.  That is, our ruling class thinks if they can lift the terrorist wannabees out of poverty, it will remove the motivation to self detonate or open fire in a crowd.
Posted by Ted Henkle at 9:15 PM No comments: 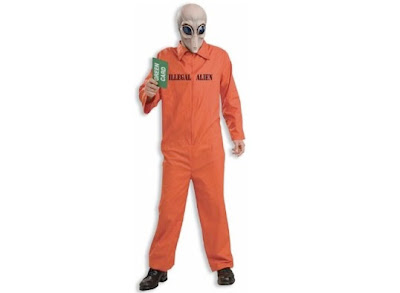 And as you might guess, they're not soliciting for Republican candidates.  Nor are they freaky looking extra terrestrials, as picture in last year's controversial--but popular--Halloween costume, shown above.
They're folks primarily from Central and South American countries, trying to drum up sympathy and support from the legal immigrant communities.
FOX News has the story:
http://www.foxnews.com/politics/2010/10/22/illegal-aliens-canvass-votes-wash-state/
The illegal aliens participating in this program are hoping to "rock the vote" by getting enough of their legalized brethren to tip the scales at the ballot box.  This strategy, however is a double edged sword and could very well back fire on them.
We'll know for sure in just over a week.
Maybe there is a good reason why Election Day comes right after Halloween...
Posted by Ted Henkle at 5:00 PM No comments:

You're Fired! (For Speaking ill of Islam) 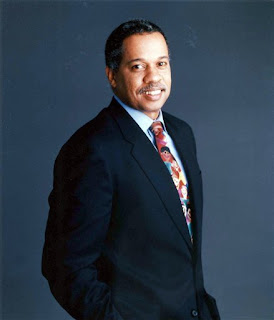 Earlier this week, Juan Williams, an analyst for NPR, was fired for comments he made on FOX's O'Reilly Factor.  Mr. Williams is a regular guest on FOX, often sparring with Bill O'Reilly.  Fortunately it's "all's well that ends well"--sort of:

While Mr. Williams landed on his feet, the bigger concern is why he was fired in the first place.  While on the O'Reilly Factor, Mr. Williams expressed concern for being on the same airplane with someone dressed in full Muslim garb.

In other words, he expressed an opinion many of us share--and with good reason.  Islamists have been self detonating, or opening fire on people in nearly every country they occupy.  But among the multiculti crowd one cannot state such obvious facts.

What suprised me about he NY Daily News poll is that 68% of the respondents said "yes" Mr. Williams deserved to be fired.

Mr. Williams is not a "typical" conservative.  In fact, his political views are all over the map, which is what makes him so entertaining to watch on FOX News.  You never know what position he is going to take until he opens his mouth.  In this case, NPR (National Pravda Radio?) showed that it's willing to eat it's own if they don't tote the multiculti party line.

http://pajamasmedia.com/victordavishanson/fire-juan-williams-now%e2%80%94or-our-sneering-liberal-culture-in-a-nutshell/
Posted by Ted Henkle at 11:50 AM No comments: 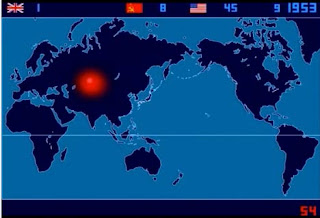 Three weeks ago, the Iran was hit with a cyber attack that crippled its nuclear power program.  (See 27 September blogpost).  Now there's a report that a series of blasts damaged Iran's missile facility near Khorramabad.

In From the Cold has what little details there are on this story:

Color me "not surprised."
Posted by Ted Henkle at 4:56 PM No comments: 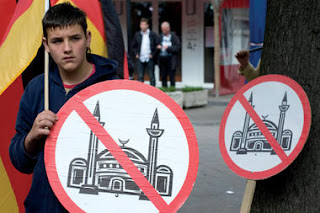 (Image from Christian Science Monitor)
All is not well in the Fatherland.  German Chancellor Angela Merkal issued this damning statement yesterday:  That attempts to build a multicultural Germany has "utterly failed."  The BBC has the story:

Nor is the head of the German ship-of-state the only one who feels this way.  The regular volk are becoming more irritated with the Muslim immigration situation.  This story ran in The Local five days ago:

One of our on-line friends had this to say:

Q: What do you call it when a group of people enter a country with no intent to assimilate?

While I agree with the above comments, given Germany's history, I'm not so sure whether I'm happy about this news--or concerned.
Posted by Ted Henkle at 4:45 PM No comments:

The "pin-up girl" for Russia's FSB has a new job--with a different FSB:
http://news.yahoo.com/s/ap/eu_russia_anna_chapman
But according to Wikipedia, the FSB is for domestic counter intelligence:
http://en.wikipedia.org/wiki/Federal_Security_Service_(Russia)
While foreign espionage is conducted by the SVR...
http://en.wikipedia.org/wiki/Foreign_Intelligence_Service_(Russia)
...and the GRU:
http://en.wikipedia.org/wiki/GRU
It doesn't seem like anyone really knows what agency Ms Chapman was really working for.  And I don't think the Russians will shed light on Ms Chapman's activities any time soon.
NOTE:  For some reason, I'm unable to copy and past the entire HTTP of the SVR and FSB.  The link will lead you to a wiki link titled "did you mean..."  Click on the suggestion in order to read the correct link.
Posted by Ted Henkle at 4:32 PM No comments:

Email ThisBlogThis!Share to TwitterShare to FacebookShare to Pinterest
Labels: Espionage 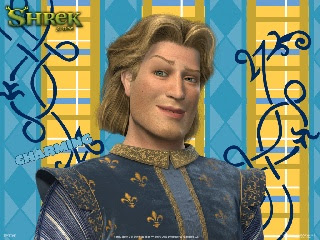 So much for being a devout Muslim:
http://www.breitbart.com/article.php?id=CNG.5b3e724751faa659e1b7987bc2c3ee02.281&show_article=1
The Saudi's also like "keeping things in the family," literally.  One of my friends zeroed-in on this:
"His father is a nephew of King Abdullah and his mother is one of the king's daughters." 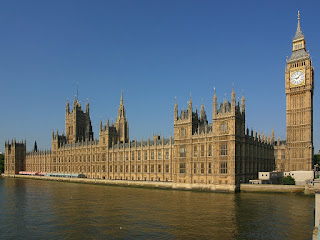 Despite downplaying the travel warnings, agencies in the US and throughout Europe are still concerned about a possible Mumbai-style attack from the usual suspects:
http://news.yahoo.com/s/nm/20101004/us_nm/us_security_europe_militants_analysis
Posted by Ted Henkle at 4:45 PM No comments: 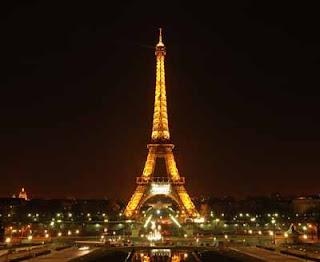 Two days ago news broke that the US Department of State (DOS) was considering a travel advisory for Europe because  of strong "...concerns that terrorist teams in Europe have selected their targets, completed their surveillance, eluded capture and are now ready to strike at airports and tourist attractions..."

http://www.foxnews.com/politics/2010/10/04/downplays-threat-americans-intel-emerges-europe-terror-plot/
Posted by Ted Henkle at 4:33 PM No comments: