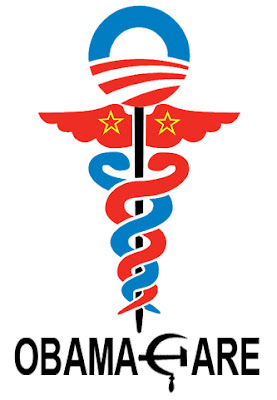 It seems like the White House doesn't want to talk about their healthcare scheme.  This article in Powerline explains why.
Posted by Ted Henkle at 6:54 PM No comments: 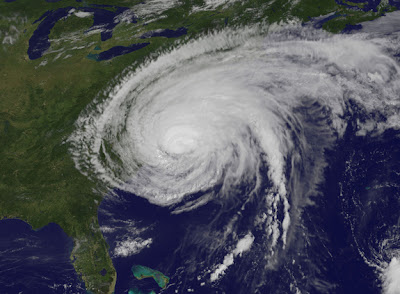 According to The Seattle Times, Hurricane Irene has now claimed 38 lives, not to mention leaving cutting off power to millions of people.  To some, the damage was less than expected, however, as mentioned in the Seattle Times the biggest surprise was the damage caused to inland communites in Upstate New York and and New England.
Some people, especially journalists and politicians took this event too seriously as mentioned in the UK Telegraph.
Then again, some people didn't take the hurricane seriously enough... 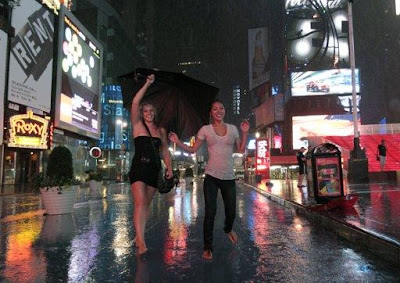 ...who'd a thought a hurricane was an occassion to hold a wet T-shirt contest?
Posted by Ted Henkle at 6:45 PM No comments: 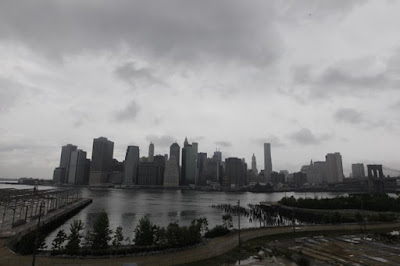 (Image:  Grey Skies over Manhattan.  AP Photo by Mary Altaffer)
The big news, even for those of us on the west coast, is Hurricane Irene.  The cable news networks are running continuous coverage of the event. Even though Irene is "only" a Category 1 hurricane it's still "ferocious" according to Yahoo News.
The Seattle Times reports on the drenching the east coast is getting.
The photo galleries in both articles are worth looking at.  As an Upstate New Yorker, it's incredible to see "the city that never sleeps" so deserted.
The number of people without electicity is said to be in the millions, 9 people have been killed so far, while thousands of airline flights and commuter train runs have been cancelled.  However, the full extent of the damage won't be known until the storm passes.
Posted by Ted Henkle at 9:15 PM No comments: 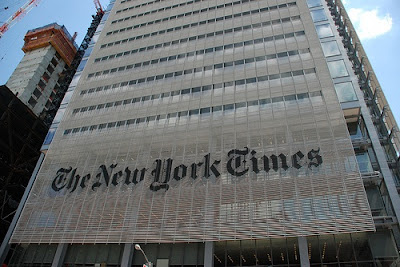 Clay Waters of News Busters rolls-in on Bill Keller's upcoming editorial in the New York Times (NYT), for comparing the Republican candidates belief in God with a belief in space aliens.

As Mr. Waters points out, the NYT wasn't too keen about investigating Obama's relationship with Reverend Jeremiah "Goddam America" Wright during the 08 Election.  And the GOP candidates come from various Christian denominations.

I wonder if Mr. Keller would make a similar comparison of God/aliens in front of a Jewish or Muslim politician?

Somehow, I doubt it.
Posted by Ted Henkle at 8:30 PM No comments: 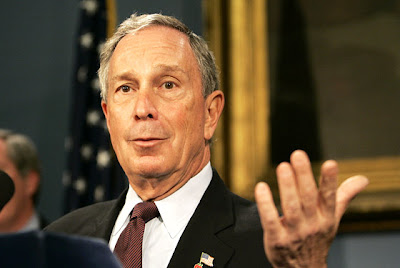 In addition to Hurricane Irene, another storm is brewing:  New York City Mayor Bloomberg, decided not to invite any clergy to the tenth commemoration ceremony of the 9/11 attack.  FOX Nation has the tip of this story.  Meanwhile, Hizzoner still thinks blocking the construction of Ground Zero Mosque would "...violate the essence of America."
In Hizzoner's own words:  "I think it's fair to say if somebody was going to try, on that piece of property, to build a church or a synagogue, nobody would be yelling and screaming..."

Of course not, because the terrorist who conducted the 9/11 attack weren't followers of Christian or Jewish religious-political ideology.
Posted by Ted Henkle at 1:00 AM No comments: 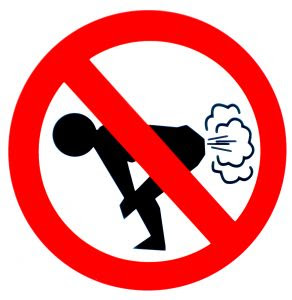 A new ROE (Rule of Engagement) leveled on US Marines serving in Afghanistan:  According to this Military Times article, Marines aren't allowed to fart in the presence of Afghans.
Now here in America, farting is often a source of great amusement or annoyance, depending on your point of view, as pictured below, from an aticle by Dean Somerset. 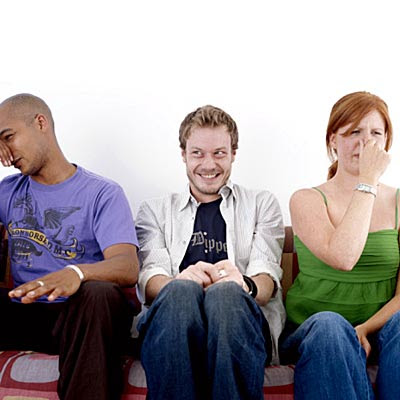 The comments following the Military Times aricle are worth reading.  And as Comrade Karla points out:
This is just so much worse than say, having sex with [a] minor or treating women as property...
﻿Well said comrade.
Posted by Ted Henkle at 9:35 PM No comments: 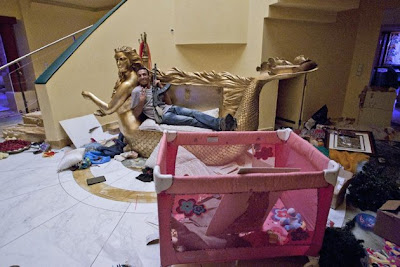 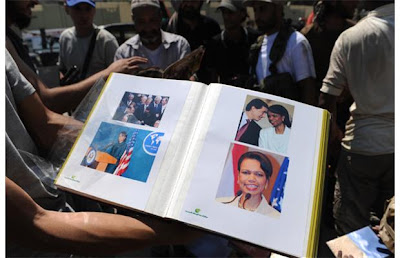 Posted by Ted Henkle at 8:55 PM No comments:

A Whole Lot a Shakin' Goin' on in the East Coast 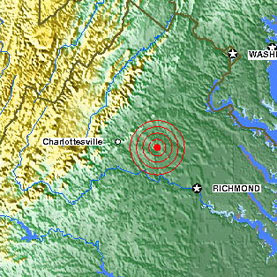 A 5.8 magnitude earthquake, epicentered northwest of Richmond, VAjolted the east coast today and was felt along most of the eastern seaboard.  Today's article in Yahoo News explained why such a "small" earthquake was felt over such a great distance.  Scientific American provided a slide show in its website.  While here on WA State, the Seattle Times provided some local insight to the event.
Posted by Ted Henkle at 8:05 PM 2 comments:

Where in the World is Moammar Gadhafi? 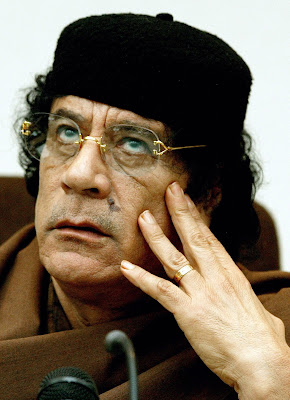 Remember that "kinetic military operation," formerly called "war," going on in Libya?
Yeah, I forgot about it too.
Apparently, after several months of dithering in the desert, the Libyan rebels have made stunning gains, while Gadhafi's goons have deserted en-mass.
Three of Gadhafi's surviving sons have been captured.  However, problem is:  No one knows where Libya's, possibly former, tyrant is now.
Meanwhile, Obama, who's "led from behind" all these months, offers cautious optimism.
Note:
I'm still in the process of settling into my new home and haven't posted anything for several days.  It will take me several more to get caught up on all that's going on in the US and the rest of the world.
Posted by Ted Henkle at 5:20 PM No comments: 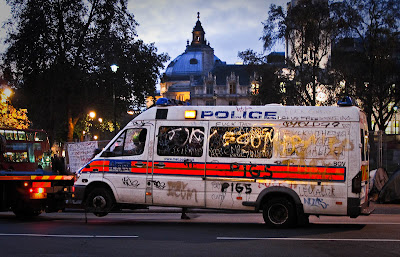 The answer to this posts title, especially in the aftermath of the riots in the UK (and previously in Greece) is:  Not very well.

Looks like the police van in the image above, could use some mechanical stimulus to get running again...
Posted by Ted Henkle at 3:00 AM No comments: 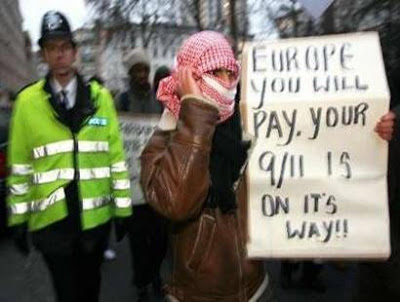 The Strategy Page lays bare some facts about the "religion of peace."
Comrade Karla made a few good points about this:
Not 100 percent sure about this conclusion that most radicals are lacking in skills and money. The 9/11 hijackers certainly did not, nor were they poor, radicalized morons such as you’ll find in the West Bank, Iraq or A-stan. We ignore the strata of seemingly integrated, westernized radicals at our peril (the Euros are discovering this, slowly). I hope we are, too.

Working hard at being terrorists... 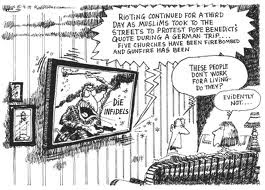 (Cartoon by Bob Lang)
Posted by Ted Henkle at 11:00 AM No comments: 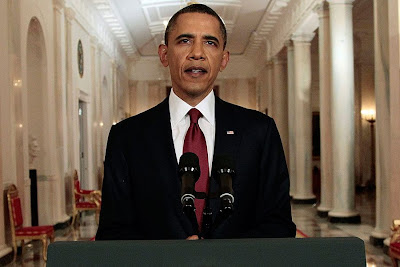 (Image:  Obama announcing the death of Osama bin Laden)
Lionel Chetwynd raises some curious questions about the upcoming Death of Bin Laden movie--like, the release date being 3 weeks prior to the 2012 election.
Posted by Ted Henkle at 4:00 PM No comments:

Email ThisBlogThis!Share to TwitterShare to FacebookShare to Pinterest
Labels: Emergencies in the News, Politics 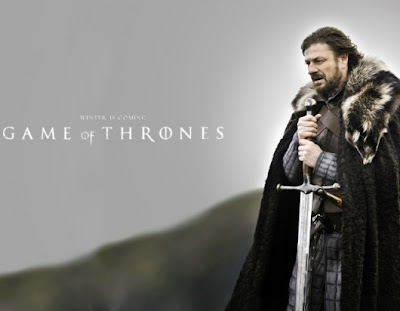 Alyssa Rosenberg believes George R. R. Martin's A Song of Ice and Fire contains some valuable lessons in foreign policy.
Hopefully our lessons won't be as hard.
﻿
Posted by Ted Henkle at 3:40 PM No comments: 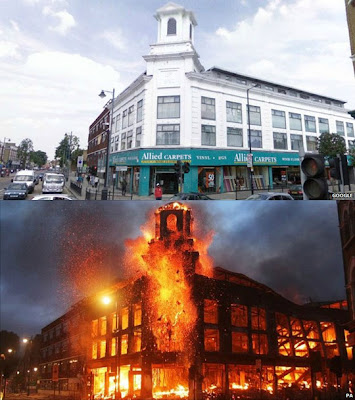 (Images of Tottenham)
I'm still in the process of moving, so my posts may not be very timely.  While officials from Her Majesty's government are still formulating a cunning plan on what to do next, Mark Steyn reflects on what lessons us Yanks can derive from the riots. 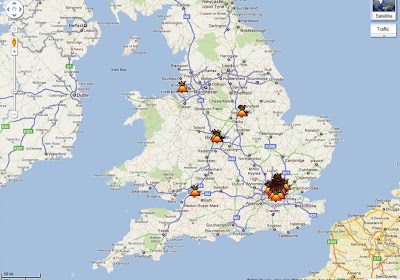 (Image:  Map of the riot epicenters) 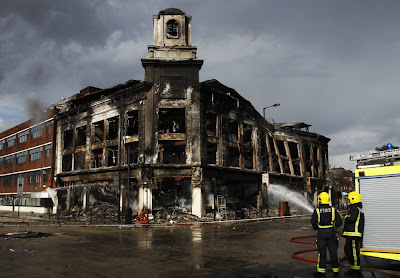 (Image:  The charred remains of store in Tottenham).
I hope we learn the right lessons, (pun intended), before it's too late.
Posted by Ted Henkle at 2:00 PM No comments:

The Shape of Things to Come? 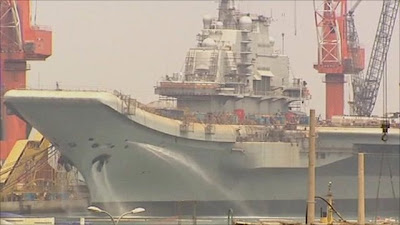 China's aircraft carrier is now undergoing sea trials, according to the BBC.  The ship is actually a renovated Russian vessel the Chinese bought and salvaged.  So is this a case of "a much ado about nothing?"
Today's running commentary includes:
Wonder how our AirSea Battle concept plans to deal with this balance of power shift?
The Kuznetsov....? I guess one way to deal with it would be with torpedoes or an Alpha-Strike. What are they going to fly off of it, anyway. Surely not Yak-36s?

I was thinking 2 ADCAPs would do it, but a third just to make sure.  That leaves a 4th for an escort.

Hardly a balance of power shift from a piece of crap like this. Limited fuel and weapons loadouts for the fighters coming off the ski jump, rotary wing AEW platform, and small air group because of the cramped hangar deck.  The Chinese didn't build this with the USN in mind. It's a political prestige symbol and any operational role it has is in regional dustups against rival South China Sea claimants like Vietnam.  I'm glad to see they are sinking resources into stuff like this...

The idea for this carrier is to test systems and techniques (TTPs for you Army types) in preparation for their new carriers whenever they finally come to fruition. This is much like their Golf SSB was a test platform for their SSBN.

Like back in the thirties and forties. Countries like Greece and Sweden had ‘battleships’ but the Greeks lost theirs the first day and Sweden scrapped their ‘pocket BB’ during the war. France had a substantial number of BB but scuttled some and did not use any of the rest, except after the armistice and than it was against the British. But countries like Argentina, Chile and Brazil all had BB, all built for them exclusively I believe. Not because of a ‘threat’ from the US. Prestige items, never used and eventually dumped.
Posted by Ted Henkle at 4:35 PM No comments: 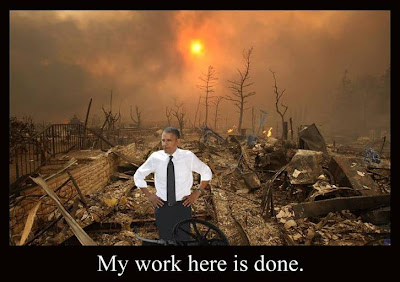 ...it seemed as if the world started burning down around me.  I spent this past week settling-in to my new home and then commuting to a writers conference over the weekend.  During my self-imposed isolation the following events, none of them good, unfolded over the weekend:
In London the fires were all too real.  The pictures of the aftermath remind me of The Blitz.  "Inspector Gadget" kept an hourly update on his blog.
Meanwhile, on this side of the pond, the Dow Jones bounced back after yesterday's fall, precipitated by S&P downgrading America's AAA rating on Friday (5 Aug 11).  In response to this financial slap, Our Dear Leader continued to "lead from the rear."
Tragically, in Afghanistan, 31 SEALs were killed in a helicopter crash, supposedly brought down by the Taliban--a sad reminder that we are still a nation at war.
And finally, Newsweek Magazine once again, showed its contempt for conservative women.  First it was Sarah Palin, now Michelle Bachmann gets the "Newsweek Treatment."
Posted by Ted Henkle at 4:30 PM No comments: 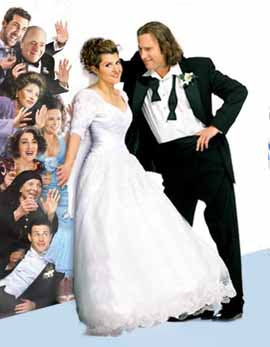 (Image from:  My Big, Fat Greek Wedding)
Two teenagers, driving around town together.  What could go wrong?  In America, the gal could end up pregnant.  In Afghanistan, such a sight started a riot.  Yesterday, the New York Times posted a story of two such star-crossed lovers, now facing the wrath of not only their families, but the entire village.
Posted by Ted Henkle at 12:45 AM No comments:

"And There Was Much Rejoicing" in the House 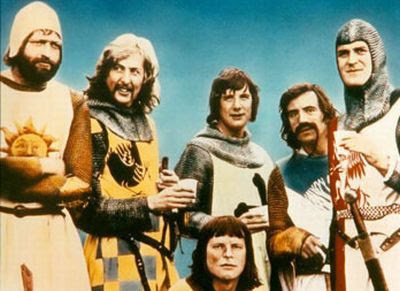 (Image from:  Monty Python and the Holy Grail)
The Debt Compromise deal passed in the House of Representatives today after months-upon-months of debate.   Somehow it's hard for me to get excited over something that puts us trillions of dollars more in debt.  And as the Seattle Times goes on to explain not everyone, from either side of the aisle is happy with the deal.
The Senate will vote on this tomorrow.
Posted by Ted Henkle at 11:45 PM No comments: