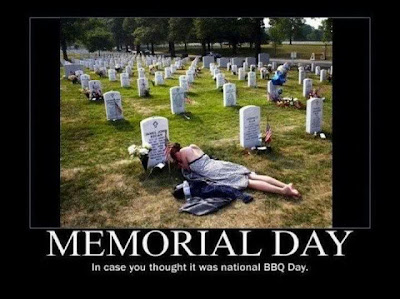 Best wishes to all those who served, along with my thoughts and prayers for the family members our fallen heroes left behind.
Posted by Ted Henkle at 12:30 AM No comments: 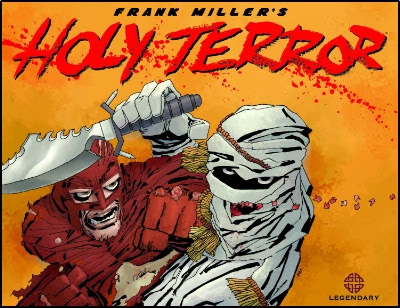 It didn't take me long to read Frank Miller's Holy Terror, about a masked crime fighter and cat burglar taking on Al Qaeda after a terrorist attack.  The dynamic duo in this story, "The Fixer," and Natalie Stack, are thinly disguised versions of Batman and Catwoman.

This is the first novel, graphic or otherwise, that earned more negative comments than positive ones.  According to Amazon.com, Miller's latest work earned 33, 3-5 star ratings while getting 35, 1-2 star ratings.  The 5-star raters were happy to see jihadists getting killed by superheroes, while the 1-star raters consider Frank Miller a crazy, islamophobe.

As for me, I give the book a solid three stars.  I loved the story, but I found a lot of the artwork hard to follow.  Most of the images were in streaky black & white, as if the action was taking place during a dark and stormy night.

Frank Miller doesn't pull any punches and neither do The Fixer and Stack.
Posted by Ted Henkle at 7:30 AM No comments: 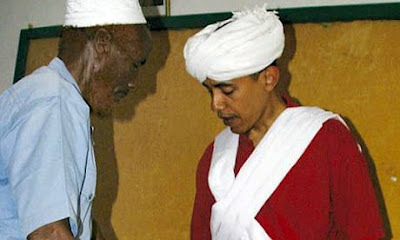 ...or was he? Our Dear Leader's place-of-birth was once again in the news. Sort of.

The lame-stream media reporters, or court eunuchs as they're often referred to as, continue to ignore disturbing details that keep surfacing. The latest round is the "recent discovery" that the publishers of Obama's earlier works listed the future president having been born in Kenya, not Hawaii.

I was never quite a "birther," the disparaging title used by liberals referring to anyone who dared question The Anointed One's bona fides. However, disturbing details--or lack thereof--about Obama's past keep resurfacing. Victor Davis Hanson often raised the question about why Obama's school transcripts were sealed.

Now we know. Sort of.

Roger Simon of PJ Media posted his hypothesis in his article, The Mystery of the Kenyan Birth.

The friend who sent us this, had this to say:
I've never really subscribed to the birther types, but this latest thing on Obama's birthplace is quite disturbing. Given that his publisher almost certainly did not make this up from whole cloth, then either Obama was lying then about his place of birth, or he is lying now. Either way, he's got some 'splainin to do which, of course, he won't. I like this author's thought that the reason he has so totally locked down his school records is to hide that he used the Kenyan birth scam to get into better schools.

After reading Mark Steyn's piece, The Eternally Shifting Sands of Obama's Biography, I'm inclined to agree, that our Dear Leader utlized the Race Racket to snag himself entry into better schools and politically connected, cushy jobs.

Here's a few comments from other friends:
I don't expect the MSM to do their jobs on this any more than they have on the other issues/questions surrounding this guy. Nice to see somebody is finally vetting this guy, though--long live Breitbart!
Agreed. Interesting aside - [my friend's dad] posted a link to this on his facebook noting that the article raised the question. The first response he got was a knee-jerk "anyone who questions is a racist and sexist". Some have drunk deep of the koolaid...

I don't expect the acolytes of Hopey-changey to do anything but whine and hurl "the usual accusations." It's so much background noise at this point. Watching that toad Bob Beckel on The Five yesterday was instructive. Apparently, now that the dirt is coming out about O and Jeremiah Wright et al, all those people are suddenly "liars," including those who were close to the Obamas but are now speaking out. Hilarious.


A lot of people are going to cling to their guns and religion....er, Obama and his hopey-changey. To do otherwise would be to acknowledge their own stupidity/cupidity.

I'm sure the Hopey-Changey Koolaid Stands will be doing booming business. Meanwhile, real lemonade stands have been practically shut down--but that's another story. 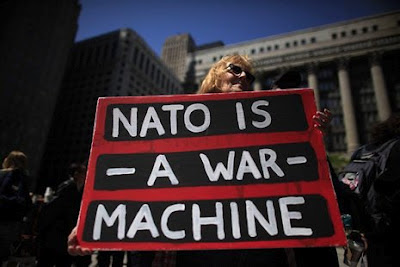 NATO's a warmachine?  Really?  I'm sure the Libyans would love to chat with this protestor.

Anyway, the big story this past week is about the NATO Summit in Chicago and the OWC protestors it has attracted.

While protestors run rampant, our nation's military memebers, especially sailors at the nearby Great Lakes training base, have been ordered to stay away.  Breitbart News has the story.

One of my friends in Chicago was on-scene and had these interesting observations:


I'm not too surprised the recruits aren't being allowed into the downtown - the Loop today was pretty full of nutcases who I'm sure wouldn't react to a uniform very well. And, there's supposed to be a lot more protesters around during the weekend itself.
We've been having protest marches up and down the streets on leftist themes all week:
Much interesting stuff going on.

Interesting indeed.
Posted by Ted Henkle at 6:00 PM No comments: 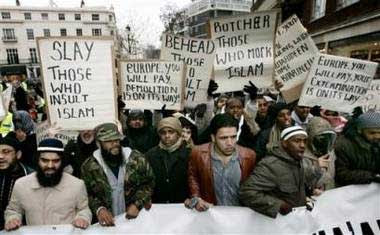 (Image of some "peaceful" Muslim demonstrators in London)

There are politicians and bureaucrats within our government, not to mention a debatable chunk of our society as a whole, who don't believe there's a Clash of Civilizations going on around them.  Or if there is, it's because of us fear/hate-mongering conservative types.

Here's an article from The Strategy Page that reminds us otherwise.

I've reminded some not-so conservative folks that it doesn't matter whether or not, we believe we're at war with the jihadists and their supporters.  The crux of the matter is:  Our jihadist enemies believe they are at war with us.

We ignore this at our peril.

But even during these perilous moments, humor is often the best medicine.  So one friend concocted this scheme:

Does this mean we weren't at war with Germany back in the 1940s? I see the potential to make some serious money writing a really bad book that argues that very point...

To which another friend responded:

I’d buy that, just to show everyone that I have an open mind and want to ensure that my views are fair and balanced… 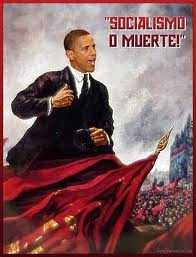 Four days ago, the "usual suspects" launched their "spring offensive" in various cities across the nation.  First a friend in the Windy City clued us in on the Occupy Chicago movement.  Then there were the 5 guys nabbed for planning to blow up a bridge in Cleveland.  The Occupy Clevland group quickly washed their hands of these guys.

The Occupiers were hoping to incite a global day of disrupting the status quo.

However, the Occupiers didn't confine their activities to the urban jungles.  They seized a research farm at Berkley, with less then stellar results.

Meanwhile, May Day protests here in Seattle, were especially violent.  Check out the photo gallery of the "99 Percenters."
Posted by Ted Henkle at 7:00 AM No comments: