Hillary wasn't the only one to put her foot in her mouth this week.
Apparently, some un-named minion of President Ebola, referred to Israeli Prime Minister Netanyahu as a chickensh*t.
Maybe this comparative photo of Bibi and Barry in their younger days will help folks decide whether or not Netanyahu is a chickensh*t or not... 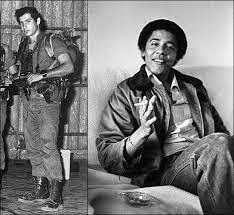 Posted by Ted Henkle at 8:30 AM No comments: 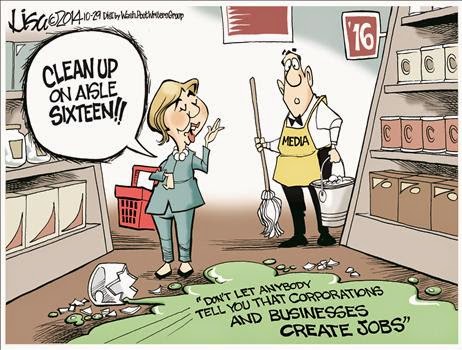 While I was off-line earlier this week, Hillary Clinton was maintaining President Ebola's "you didn't build that" theme. 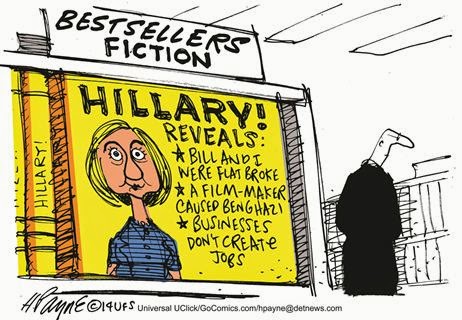 Now she's trying to walk-back her walk back her businesses and corporations don't create jobs comment.
In case anyone needs a reminder of previous Clinton Clunkers (also known as "lies"), here's a nice visual summary:
Posted by Ted Henkle at 8:00 AM No comments:

Happy Halloween!
I thought I'd start off with some humor before the dreary news of the day unfolds to spoil things.
Trick or Treaters are a popular theme this year:
Maybe five days from now we'll see this:
Posted by Ted Henkle at 7:30 AM No comments:


A State Department memo came to light yesterday that makes a moral case for bringing Ebola-infected non-US citizens to this country for treatment.

God forbid if you're piper on your way back from international competition, or a kid bringing in a batch of Kinder Eggs.  Both will be confiscated in a heartbeat.  And if you tried taking pictures of federal officers, you'll find yourself detained and interrogated.

But exposing Americans to a deadly disease is okay.

﻿
Meanwhile, Ann Coulter rolls-in on the hysterical media telling us to calm down.
Posted by Ted Henkle at 6:00 AM No comments:

Here's everything Millennials need to know about politics and the economy encapsulated in 25 quotes.
I'd also add:  Beware of electing false messiahs...
Posted by Ted Henkle at 6:00 AM No comments:

"VDH" provides us with a nice summary of America's October worries.

The "Canadian Equalizer" in Action

One of my friends referred to Kevin Vickers as the "Canadian Equalizer."
Here's the account of how his face-to-face encounter ended the attack on Canada's Parliament.
It's about time a terrorist got a taste of "workplace violence."
Posted by Ted Henkle at 8:00 AM No comments:

Despite President Ebola's International Apology Tour, islamists hate all non-Muslims, even Canadians.
Posted by Ted Henkle at 7:30 AM No comments: 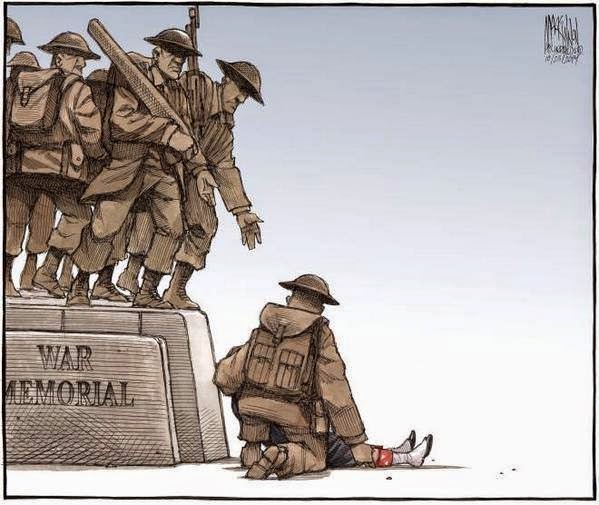 As the news about the shooting in Ottawas unfolded, Mark Steyn made several TV appearances to discuss the assault on the heart of the Canadian State and crying "lone wolf."
Posted by Ted Henkle at 6:00 AM No comments:

Back to Fast & Furious

Fast & Furious, the lead in the "parade of phony scandals," is back in the news.

So far it's been Judicial Watch, not Congress, nor the mainstream media, that's been uncovering the cover-ups.

The latest coup:  Obtaining a list of Fast and Furious documents held under Obama's Executive Privilege.

Of course, if President Ebola had an "(R)" at the end of his name, his administration would have ended here at Fast and Furious.
Posted by Ted Henkle at 6:00 PM No comments:

I'm just getting ready to start my workday, when I stumble across this headline:  Shooting reported at Marysville-Pilchuck High School.

My thoughts and prayers go out to the victims and their families.
Posted by Ted Henkle at 2:00 PM No comments: 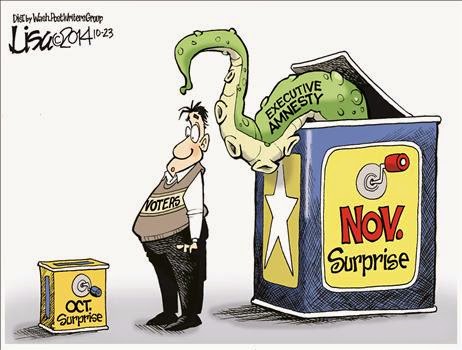 While everyone's attention is now riveted to the jihadi wannabee attacks in Canada, along with  Ebola cases popping up in the onesies and twosies here in the US, we may be in for another "surprise" after the November Midterm Elections.
Speculation is high that President Ebola may take Executive Action to hand out a grand total of 34 million work visas to illegal aliens.
I stumbled across this bit of news a few days ago, from a Facebook post by Paula Priesse.
I wonder if any of the violent criminals the White House released during the sequester will be among the 34 million?
So far this story has been merely percolating on the back burner of conservative news sites.  I guess we'll see what makes front page news on November 5th.
Posted by Ted Henkle at 6:00 AM No comments:

New York City is the scene for two stories leading the headlines today.

Posted by Ted Henkle at 6:00 PM No comments:

One soldier and one gunman have been killed in an attack on Canada's Parliament.

Meanwhile, one of two Canadian soldiers died of injuries from a "radicalized" hit & run driver.

Mark Steyn adds his "two Canadian Cents" to these incidents.
Posted by Ted Henkle at 3:30 PM No comments:

The Parade of Phony Scandals...


Our Dear Leader's Mouthpiece #2, Josh Earnest, is still spouting the party line, when it comes to containing Ebola:  "A travel ban would only serve to put the American people at greater risk."

Ebola isn't the only contagion spreading across America...

A Definition of Ebola

Here's a webcomic rundown of the Ebola crisis via Day By Day.

The on-going Ebola Crisis illustrates that the people we're relying on to protect us from the Andromeda Strain and the Zombie Virus, are led by a bunch a bureaucrats who are slavishly devoted to their bureaucracy.

Or, put another way, the CDC is like the DMV with test tubes.

While I don't usually like to bash folks on the front lines of any fight, I do have some questions.

When Patient Zero (Thomas Duncan) arrived at the Texas Health Presbyterian Hospital supposedly telling a staffer he arrived from Liberia, should this have triggered a Red Flag?

I know doctors, nurses and hospital staffers are busy, but doesn't anyone there keep up with current events?

Then there's Nurse Amber Vinson.  Maybe she should have decided not to travel, especially after her coworker Nina Pham contracted Ebola.  To her credit though, when she started running a mild fever, she contacted the CDC--several times.

Each time, she was told she was okay to travel because her temperature didn't reach the 100.4 Degree Trigger Point.

True, but herein lies the problem.

Everyone in this tale relied on "established protocols" to some debatable extent.  No one appears to have been willing to make a judgement call outside the parameters of these protocols.  Common sense hasn't been coming into play at all as this situation continues to unfold.

This slavish devotion to bureaucracy reminds me of the insane "Zero Tolerance" policies no imposed on all K-12 schools, where kids are threatened with expulsion and even a criminal record for doing things like drawing pictures of guns.

Speaking of insane, there's still the issue of not imposing travel bans, but I've already addressed that, especially since we won't be cured of the PC and Big Government Viruses anytime soon...

Ebola in the US: Time to Panic?

We're finding out now that, instead of implementing travel restrictions from West Africa, Team Obama instead streamlined the process.

Since the CDC Director hasn't been able to calm the masses, Our Dear Leader has appointed an Ebola Czar.

An Executive Order is in the works to deploy National Guard forces to Ebola ravaged areas.

Of course, attack ads blaming Ebola on GOP "budget cuts" are still playing over the airwaves.

The attack ad is just one manifestation of the politics of Ebola.

With all the arrogance and incompetence Team Obama has demonstrated, not only during the current Ebola Issue, but during the past six years; the question is:  Is it time to panic?

Here's six reasons to do just that.

With Baghdad International Airport within range of ISIS's artillery, folks are wondering if Baghdad itself will fall.
What would be the consequences if this were to happen?
It could be because ISIS is losing and their commanders are getting desperate.
Or, it may be a catastrophic game-changer for the entire middle east.
Either way, I'm sure support for any allies in the region will remain the same...
Posted by Ted Henkle at 6:00 AM 1 comment:

Another Ebola Victim--Still No Travel Ban 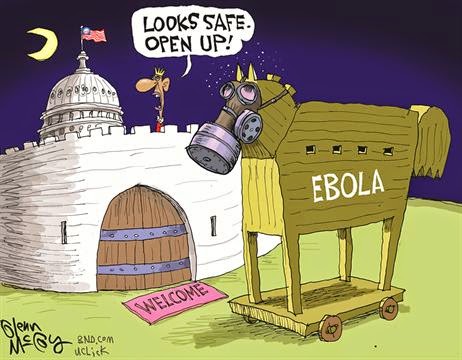 Yesterday, a second Ebola infected nurse was flown to Atlanta.
As the numbers of victims upticks by ones and twos--so far--an overwhelming number of Americans favor implementing flight bans on Ebola-stricken countries.
But Our Dear Leader refuses to impose such a thing.  Team Obama will probably be more forthcoming about the danger of Ebola--after the midterm elections.
Leftists claim budget cuts, imposed by Republicans, is the cause for our apparent unpreparedness.  But as Michelle Malkin points out, the CDC has been the center for everything BUT disease control. 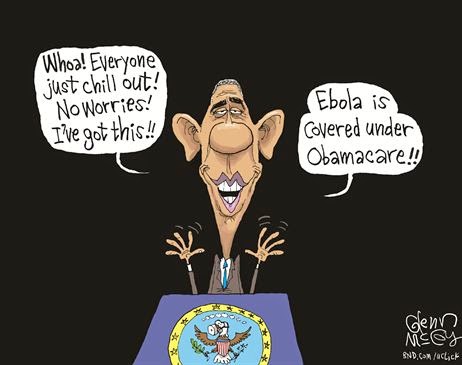 Posted by Ted Henkle at 2:00 PM No comments:

Not in the Secretaries' Job Description


Mark Steyn reminds us that harping about climate change is not in the job description of the Secretary of State, or Secretary of Defense.
Posted by Ted Henkle at 6:00 AM No comments:

The minions of Team Obama are relationship troubles with our Anti-ISIS Coalition.
This is because of their "kiss & tell" problem which outs "...partners before they're ready to go steady."
Posted by Ted Henkle at 2:00 PM No comments:

The Viral Threat Inside the Ramparts

Border security is more than safeguarding American jobs, or even stopping terrorists.  It's also about stopping diseases from infecting our populace.
The current policy already has "two strikes" against it, and we cannot afford to strike out.
But Our Dear Leader and his minions refuse to bar the gates, while assuring the masses there's nothing to worry about here inside the ramparts.
Of course, the leftists are trying to blame GOP-proposed budget cuts for the Ebola Crisis, while forgetting which political party is in charge of the agencies that are suppose to protect us.
Meanwhile, two questions (at least) remain unanswered:
1. Will US troops be protected from Ebola during their deployment to West Africa?
2. Where's Obama on Ebola?
Probably on his way to the next fundraiser...


Yesterday, in my Hollywood Crowns Its King post, I mentioned Kim Jong Un's public disappearance in passing.  Today, it's being reported that the Young General has re-appeared, or so we're made to believe.

Despite North Korean propaganda efforts, no one outside North Korea has a clue on what's going on inside.

Posted by Ted Henkle at 7:30 PM No comments:

The Women of ISIS

ISIS has been conducting a relentless on-line campaign to lure women into it's ranks.  I've posted about the "Sex Jihad" at least twice.

Here's an insight into chilling online world of the women of ISIS.

The jihadi propaganda machine has managed to dupe handfuls of women into enlisting.  But at least two Austrian girls got more than they bargained for and are now regretting their mistake.

It's a good thing actress Gwyneth Paltrow isn't in charge of the Electoral College, because last week she would have given Obama "...all the power he needs to pass the things he needs to pass."

This phrase can be boiled down to one word:  Dictator.

Here's just about everyone's poster-child of a dictator: 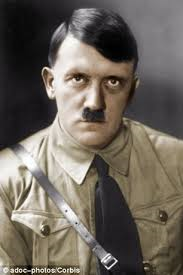 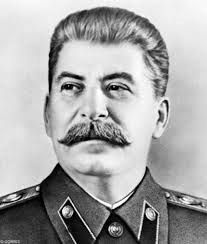 ...along with "The Great Helmsman." 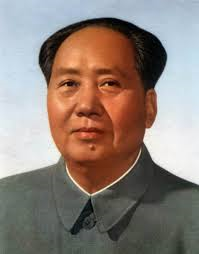 While in my lifetime, there's been...
...President for Life Killing Fields... 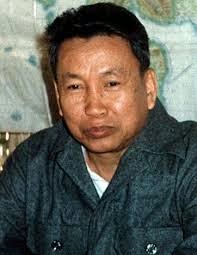 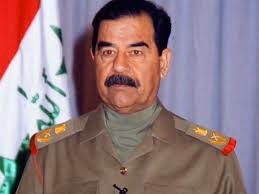 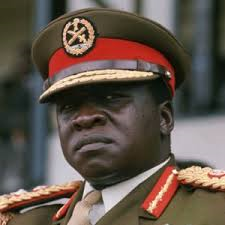 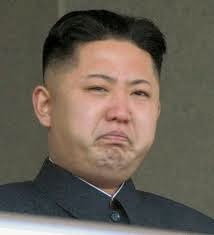 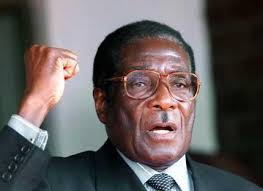 So giving anyone "...all the power he needs..." doesn't seem like such a great idea after all, if history--and the body counts these guys have racked-up--is any indicator to go by.

And yet, there are useful fools willing to help up-and-coming dictators pave the Road to Hell--with other people's lives.

Ms Paltrow needs to stick to reading scripts for a living.

Posted by Ted Henkle at 7:30 PM No comments: