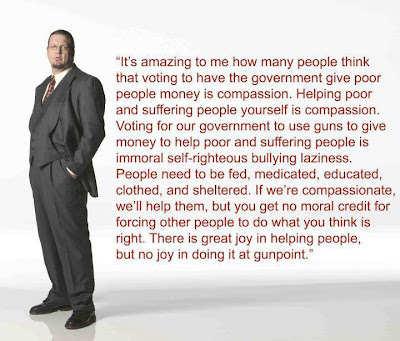 According to Datechguy, some Democrats are less than enthusiastic about the SCOTUS decision and the impending enforcement of Obamacare.  They're now realizing the natives are restless and November is looming around the corner.

While Mark Steyn didn't waste any time rolling-in with A Lie Making Obamacare Legal.
In yesterday's e-mail exchange, I had this to say to my friends:

I have a faint hope (yeah, like grasping at straws) of a "Wisconson Effect" come November. Current polls show The Chosen One ahead of Romney. But the same polls showed the Cheesehead Democrat winning the WI gubernatioral election, which we discussed at length some weeks ago. Our favorite commentators surmised that voters told libtard polsters and anyone with a microphone and camera crew what they wanted to hear.

Comrade Karla was beside himself:


So Roberts did it because he was worried about “what people would think” rather than what is Constitutional? Or if the integrity of the court was so important, why did he not call for Kagan’s recusal?
Talk about your judicial activism. What a fool. This will be remembered as one of the worst thought-out rulings (along with things like Dred Scott) by constitutional scholars….assuming we have any in the brave, new world of the future.
And if he thinks his “finesse” made a difference he’s an even bigger full. San Fran Nan is already on the record as saying “mandate, tax—call it what you will;” which sums up the liberal approach to government these days.
Unbelievable. November is our last hope.
While other comments included:
I take some minimal consolation in some historical examples like how Britain was able to back off some parts of government over-involvement, unions, etc. under Thatcher. Still, I'd prefer not to get to that point!

I'm starting to grasp not only the pyrrhic nature of Obama's victory, but how it might backfire royally. I would not have expected to the Left to learn the lessons of Vietnam and other places about winning the battles but losing the war. I just hope he does not destroy the economy in order to save it! 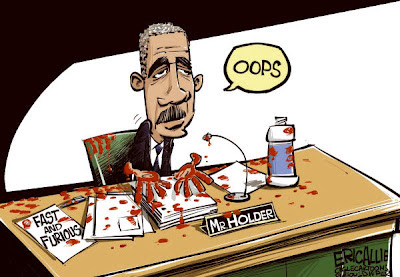 Yeah, the House of Representatives found the US Chief Justice in contempt, but it may be a while before anything comes of it.  If at all.  CNN has the story.

There were very few comments yesterday among my friends regarding the SCOTUS's decision to uphold Obamacare.  I think they're in as much shock & disgust as I am.

Humph...I've held him in contempt for years!
However, this comment mirrored my own:

BFD! Why waste the time or the energy. Nothing will come of it.

Sorry, no funny cartoons, or pictures today.  Most of them predicted Obamacare would go down in flames under the guns of the Supreme Court.

If only that were true.

How quickly, though, the lamestream media is to crow about up-to-the-minute missteps by other networks:  "Dewey Defeats Truman Moment."

Prior to today, everyone, including the finger-pointing media, expected Obamacare to be defeated by 5-4.  Instead, it was upheld by the same vote, thanks to Chief Justice John Roberts.

Here's what Charles Krauthammer had to say.

So far, neither VDH nor Mark Steyn have rolled-in on this "jaw-dropping" decision, as it's been called.  But I'm sure in the coming days they'll have plenty to say.

All I can say for now, is that unless Obamacare is repealed after this November election, our healthcare will resemble the dismal beauracracy found in Canad and the UK.  What some supporters of this legislation will find out, sooner or later, there is no such thing as "free healthcare."
Posted by Ted Henkle at 5:42 PM No comments:

Holder in the Hotseat... 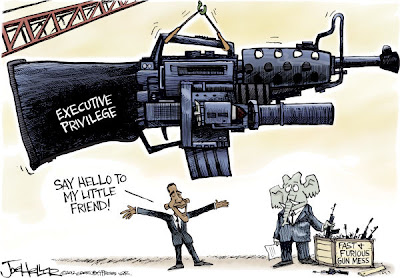 Last week the Congressional committee voted to have Eric Holder held in contempt of Congress.  However, Our Dear Leader invoked "Executive Privildge" in an attempt to shield the Attorney General.

Up until now, only conservative commentators, bloggers and Fox News covered the story.  Now the some in the lamestream media are waking up, but consider this a Republican politically-driven witch hunt.

Mark Steyn and Hugh Hewitt discussed the issue on his show last week.  While VDH considers the Fast and Furious Fiasco the Scandal of our Age.

I agree, especially when VDH puts it so well in his first sentence:  In the Watergate scandal, no one died, at least that we know of.

The general vote of contempt is to be held later this week.
Posted by Ted Henkle at 1:15 PM No comments: 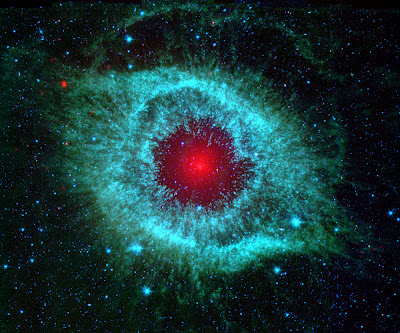 Several days ago, VDH wrote The Libera Super Nova on his Works and Days page.  Essentially, VDH predicts liberals will face an implosion due to competing demands, chained by stringent dogma.

VDH is friggin’ awesome. What continues to scare me is all the “middle of the road” Dems I know who refuse to see what has happened to their party. The dyed-in-the-wool union loving, tax loving types—I expect this of them. But not some of my supposedly sane friends/acquaintances.

One friend even tied this article to a book published several years ago called, The European Dream. Along with the this scathing commentary:

The economic stuff is going to be an impossible pill to swallow. Since the 1980s I've been getting lectured by the Euro-Trash wannabees in this country about how wonderful Western Europe's system was to include books written as recently as 2005.

Wow. I'm tempted to leave a comment on that book, maybe "hows that Euro dream working out for you?"

The European dream is in good shape…that must be why all those young college-educated Greeks are returning to their podunk villages to farm and live otherwise subsistence lives in District 12.

Oh, THAT is a good name for Greece! (except they were the good guys and Greece is, well, Greece)
California perestroika (I love that…) I would note, however, that Gorby really did think the system was “fixable” much in the same way Brown does, but the Soviet took steps that ended up destroying the system—CA probably needs the same medicine.

Strong medicine indeed...
Posted by Ted Henkle at 6:00 AM No comments: 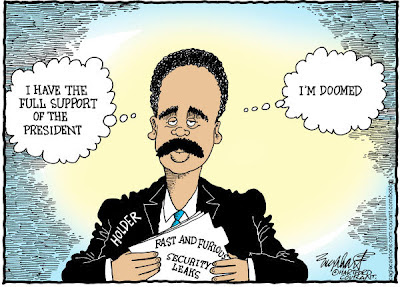 For the past couple of weeks, the "Leakgate" scandal has been brewing.  Most us like-minded folks see this as a deliberate attempt by someone, or a group of someones, in the White House trying to make Obama look good going into this year's election.

Posted by Ted Henkle at 6:09 AM No comments: 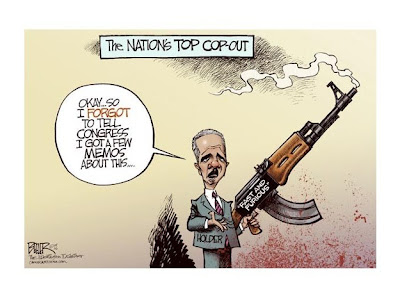 Put another way:  They're not the e-mails you're looking for. 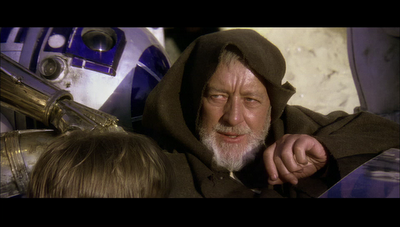 FOX News also covered the latest fireworks during the Fast and Furious hearing.

Posted by Ted Henkle at 9:40 PM No comments:

Harbinger of Things to Come? 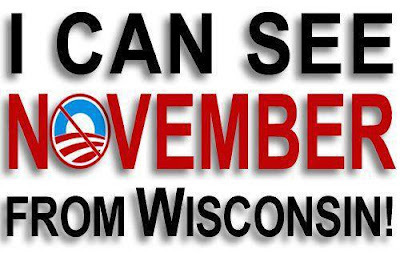 It's wonderful to see democracy overwhelm union thugish tactics.  Except of course, if you're like this guy, then it's the end of life as you know it.

Walker won by a 10-15% margin, depending on what news agency you watch.  Prior to the election, nearly every poll predicted it would be a narrow victory for Democrat Tom Barrett.

We could see a replay of this on a national scale come November.

Posted by Ted Henkle at 8:46 PM No comments: 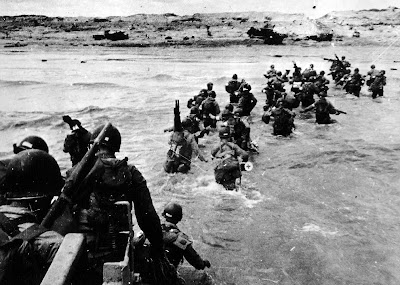 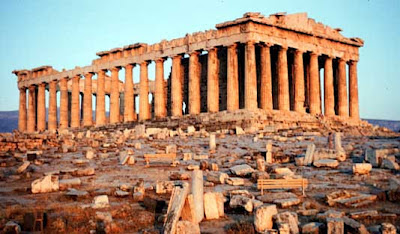 ...there may be hope for us yet.  Maybe.  Governor Scott Walker defended his title and won the Wisconson recall election, despite the union & activist led thug tactics.  FOX News programs have been following this event all night and many FOX commentators believe this may be a taste of things to come in November.

Let's hope so.  Otherwise, if we continue on our present course, we'll end up like the Euro-zone, as Mark Steyn warns us, in Give and Take and Different Paths articles.
Posted by Ted Henkle at 10:12 PM No comments: 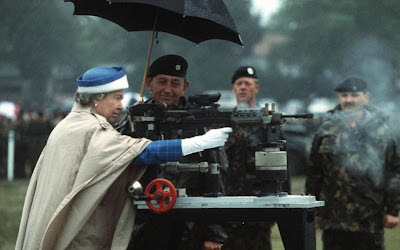 Best picture of a monarch--ever!

I found the above picture on The Miniatures Page.

I've been watching FOX News throughout the day, because they've been airing coverage of Queen Elizabeth's Diamond Jubilee.  I was hoping the FOX website would post Martha McCullum's entire program.  I'll try to add to this post as more info becomes available.

Until then, to my English friends:  God Save the Queen!
Posted by Ted Henkle at 3:25 PM No comments: 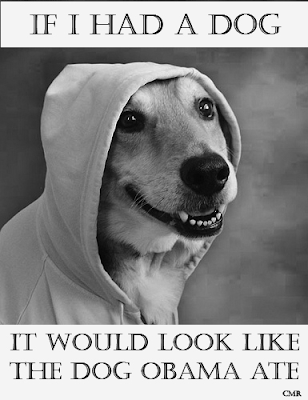 Posted by Ted Henkle at 9:35 AM No comments: