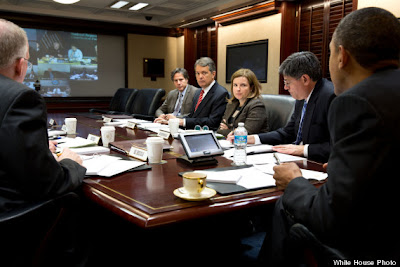 While those on the east coast struggle to rebuild their lives, some of the news agencies are beggining to ask:  How will Superstorm Sandy affect next week's presidential election?
Joe B. Pollack on Breitbart thinks Obama supporters--to include the majority of news agencies--will claim Sandy stole the election.

Posted by Ted Henkle at 5:00 PM No comments:

Email ThisBlogThis!Share to TwitterShare to FacebookShare to Pinterest
Labels: Emergencies in the News, National News, Politics 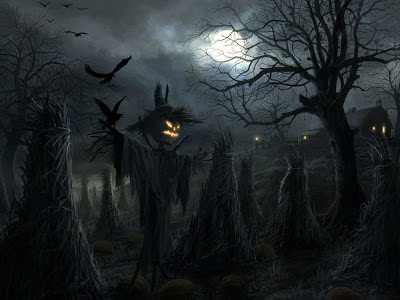 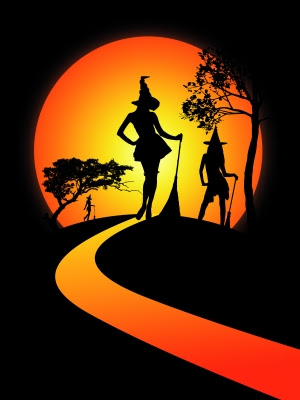 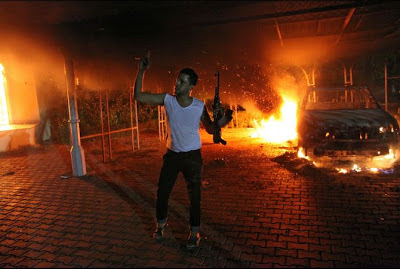 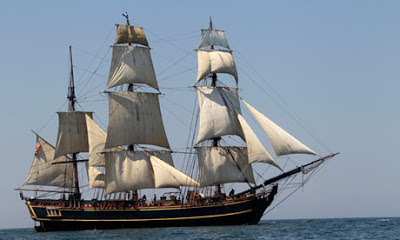 I've been a Tall Ship aficionado for as long as I can remember.  So I'm very sad to hear HMS Bounty (replica) was lost at sea, along with a couple of crew members.

Other Hurricane Sandy stories include:

--Live blog update on the storm and related stories

But most disturbing of all, gangs planning looting sprees and possibly coordinating their plans on Twitter.  If so, then it may be time for law abiding citizens to exercise their 2nd Amendment Rights...
Posted by Ted Henkle at 10:17 PM No comments: 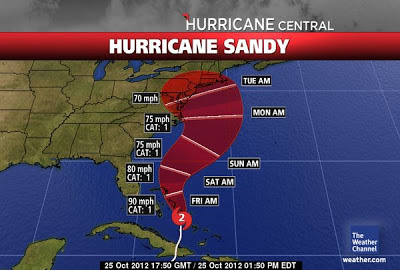 They're calling Hurricane Sandy a superstorm and its expected to make landfall sometime tomorrow (Monday, 29 Oct 2012).

I'm sure my department will be leaning forward, in order to ready any urban search and rescue teams.

Hopefully, they won't be needed.
Posted by Ted Henkle at 12:29 PM No comments: 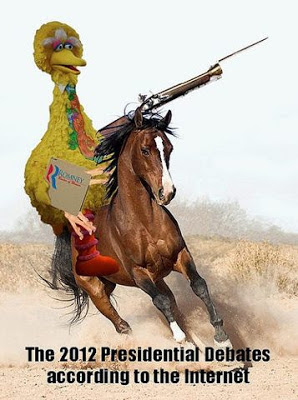 A couple of days ago, the GOP rolled out a new political ad.
While Romney kept hammering on the topic of the economy and jobs, the Obama campaign continued to toss out distractions.  So the presidential debates have now boiled down to... 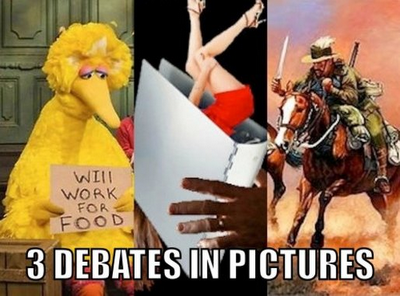 I find nothing wrong with "binders full of women"... 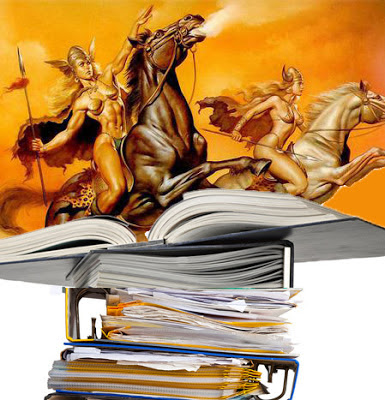 ...not to mention horses and bayonets.
Posted by Ted Henkle at 1:00 AM No comments: 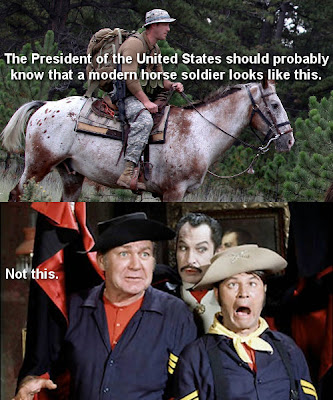 Earlier today, Dennis Miller posted this on Facebook:  Ironically, a Marine detail with "fixed bayonets" outside our Benghazi Consulate would have probably done the trick.
And he made similar comments on tonight's O'Reilly Factor.
Speaking of Benghazigate, Diplomad 2.0 speculates there may have been some sort of arms-for-Syrian-rebels going on in Libya, which may explain some of the Obama Admin's "it-was-the-YouTube-video" narrative.
Right now this is just speculation.
In the meantime, what is coming to light is that Team Obama knew of the attack within a couple of hours, thanks to some leaked e-mails.
One of my on-line friends predicted that since Obama threw the intelligence community under the bus, there may be leaks from "anonymous sources."
Looks like my friend's prediction is coming true.
Posted by Ted Henkle at 7:00 AM No comments:

Of Horses and Bayonets 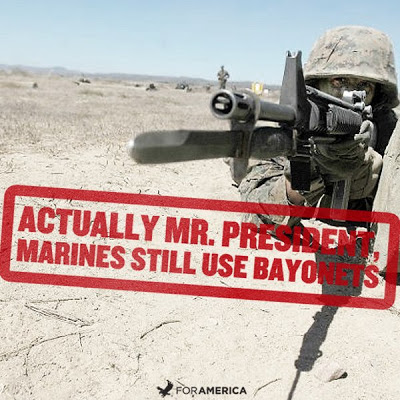 Last night viewers tuned in for the final debate between Mitt Romney and President Obama.  I didn't pay too much attention to the show, because my mind has already been made up.  (In case any of you are wondering).  Apparently, Obama's "horses and bayonets" retort about America's military capability caused quite an on-line stir.
Despite Obama's snarky response, Scott Johnson thought Romney landed most of the knock-out punches.
So.  Who won last night's debate?
Most conservative commentators say it was a draw and that Romney "played it safe," by not calling out Obama on such topics as Benghazigate.  Romney also kept bringing up the economy, knowing that is what voters are most concerned about.  In other words, Romney was thinking strategically instead of tactically.
Jennifer Rubin lists Ten Debate Follow-Ups.
As to the actual "bayonet" comment, Mark Steyn pointed out that our wars in Iraq and Afghanistan have managed to see the use of cold steel.
Not to mention horses by our special ops folks... 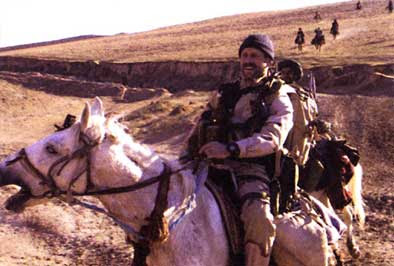 Whether Romney played it too safe or not, it hasn't hurt his momentum.  Part of this may be explained by a phenomena known as preference cascade.
Whether this "cascade" moves Mr and Mrs Romney into the White House will be determined in just two weeks from now.

Posted by Ted Henkle at 9:31 PM No comments: 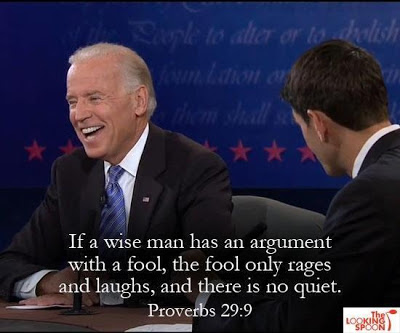 Tonight is Round 2 of the 2012 Presidential Debates.
I've been away from internet for nearly a week, due to a family emergency.  So I missed the immediate post-Vice Presidential Debate commentaries.  But from what I've gleaned so far, even the Lame Stream Media criticized Biden's bizzarre behavior during last week's only VP Debate.
Team Obama has been in full damage control ever since.
Four days ago, Yuval Levin offered this assessment.
But that didn't stop Mark Steyn from rolling-in on Joe's biggest lie.
Rumor has it that Our Dear Leader is suppose to own up to Benghazigate.
We'll see what tonight brings.

Posted by Ted Henkle at 5:59 PM No comments: 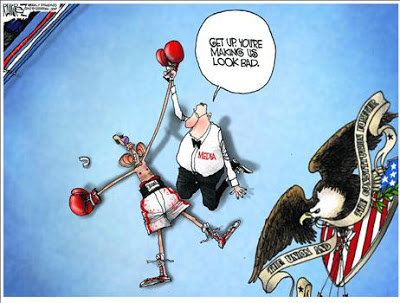 Richard Fernandez rolls-in with some skulls and podiums counter arguments.
Posted by Ted Henkle at 10:52 PM No comments: 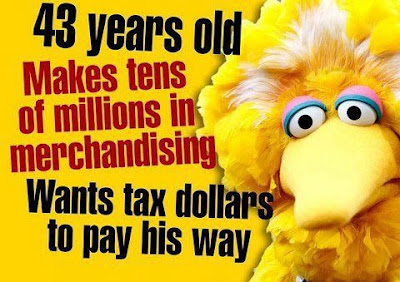 I found this cartoon on Facebook which reminded my of Mark Steyn's Friday article.  So I thought it was worth reposting the government nest.

Posted by Ted Henkle at 2:41 AM No comments: 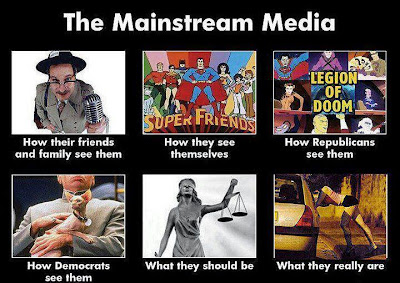 I can't remember a time when the media took orders from a president to "get" his political opponent.  No wonder 60% of Americans don't trust the Lamestream Media.  And that's probably a conservative estimate.

Posted by Ted Henkle at 5:33 AM No comments: 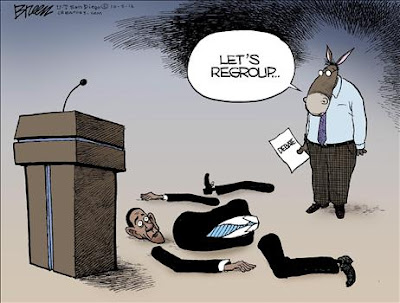 (Image by Steve Breen)
Two nights ago, President Obama faced Mitt Romney in the first of three presidential debates--and by all accounts was soundly trounced.  Romney has now edged ahead in three battleground states.
Of course, the debate debacle caused the Mainstream Media (MSM, aka The Ministry of Truth), to go into a complete meltdown, like Chris Matthews.
At the 1:28 point in the video, "Tingly Legs" asks:  Where was Obama tonight!?
Well, I can answer that:  He was right in front of you and the rest of the court eunuchs and has been since Our Dear Leader started his 2008 campaign quest.  The "Lamestream Media" just never bothered to look.
Nor are they going to start.  Instead they're asking:  "What happened?"
Jonah Goldberg responds with the Undoing of the Storybook Man.
Since it's been a couple days now, Team Obama and the Lamestream Lapdogs have regrouped--somewhat--and have come up with all sorts of excuses.
Like:
Romney's a liar.
It was what Obama didn't say that was most important.
It was yet another example of The Incumbent Curse.
Most outrageous of all, according to The Goracle--oxygen deprivation.
Romney's a meanie for picking on Big Bird.
The wailing and gnashing of teeth will continue, along with all sorts of accusations.  But some members of Team Romney are hitting back--hard.  Just ask Andrea Mitchell.
As far as poor Big Bird is concerned, Mark Steyn asks:  When is he going to leave the government nest? 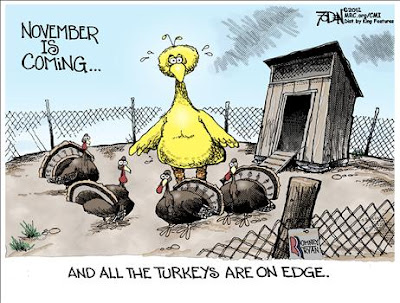 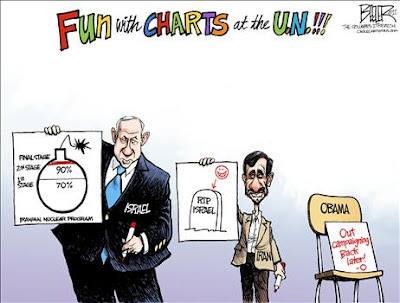 (Image by Beeler)
Victor David Hanson ("VDH") explains how and why the rest of the world exempts the middle east from normal, civil behavior.
Posted by Ted Henkle at 6:44 PM No comments: 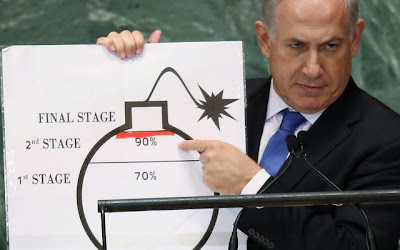 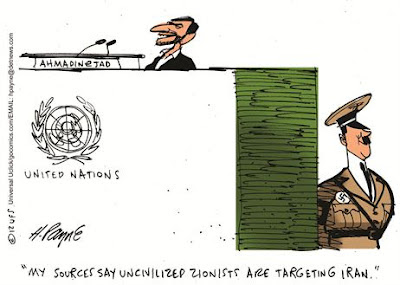 Posted by Ted Henkle at 1:00 AM No comments: