Not All of Them Hate Us 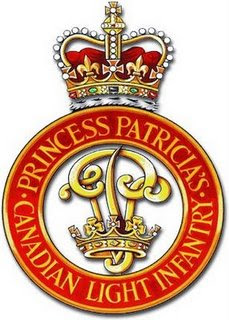 For the last 8 years we've heard how other nations hate America's globo-swaggering. and "cowboy diplomacy."
Most of my like-minded friends and I felt that wasn't entirely true from the reports we've heard "downrange."
Attached is a nice article from a Canadian praising America's men & women in uniform:
http://www.cbc.ca/canada/story/2009/02/17/f-vp-storring.html
Based on the picture in the article, I'm assuming the author is, or was, a "Patricia." That is, a soldier from the Princess Patricia's Canadian Light Infantry Regiment (PPLCI).
If so, then his compliments are especially noteworthy comming from a member of such a distinguished regiment:
http://en.wikipedia.org/wiki/Princess_Patricia
PPLCI's website:
http://www.ppcli.com/
And just in case you're wondering who the regiment was named after:
http://en.wikipedia.org/wiki/Princess_Patricia_of_Connaught
Lieutenant-Colonel Farquhar couldn't have picked a better patroness.
For me the feeling is mutual. The allied soldiers I respected and enjoyed working with the most came from Great Britain, Canada and Australia. All of them were professionals and took their duties seriously.
Posted by Ted Henkle at 3:57 PM