Liquid Bomber gets His 72--What? 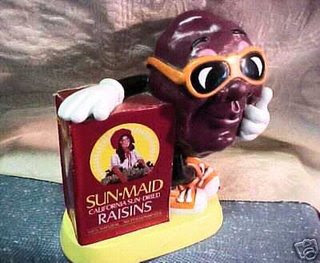 The mastermind of the Liquid Bomb Plot, Rashid Rauf, finally gets his 72 virgins/raisins/whatever.
There's some debate among Islamic scholars over what exactly Muslim "martyrs" get when they enter Paradise: Some say its 72 perpetual virgins--others say it 72 raisins. We infidels get a chuckle out of the latter. For us, it would be like going to Heaven and getting served MREs (Meals Ready to Eat).
http://www.google.com/hostednews/afp/article/ALeqM5jDeOrNGT0wryGUR0N_OyqsazMmjQ

Meanwhile here's what the other side says about this "pious" Muslim: