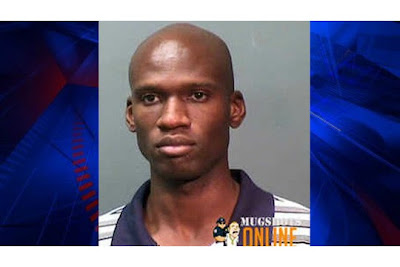 As I mentioned in yesterday's Breaking News post, it didn't take long for liberals to take up arms on gun control.  Now Dianne Feinstein and President Obama attempt to rekindle their gun control fire.

The lame-stream media didn't help matters any.  Instead of just reporting the facts as they were made known commentators, like CNN's Piers Morgan, took the opportunity to vent against "assault weapons," specifically, the AR-15.

The problem was--an AR-15 was not used by the shooter.  Somebody should let the folks at the NY Daily News should change their headline... 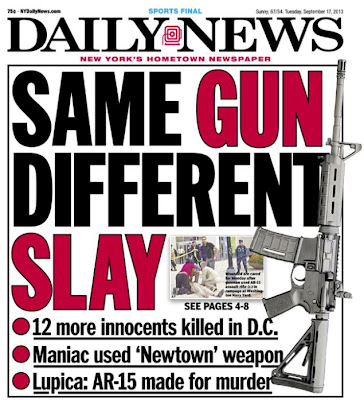 And of course, our Dear Leader's mouthpiece is talking about implementing executive actions.
Instead of demanding to disarm our law abiding citizens, those of us on the conservative side are looking at things differently.

When did military bases become gun-free zones?  It boggles my mind that someone could wreck havoc in a facility that should be an armed camp.  Major Hasan and Aaron Alexis should have been gunned down immediately after opening fire.

How did this guy get a badge? Once again, numerous "red flags" were ignored, despite a history of disturbing behavior.

S.E. Cupp points out that the key issue here isn't more gun control laws, which have been and will continue to be circumvented, but addressing mental health issues.

As an aside, for those of us in the Pacific Northwest, there's even a "local connection" regarding the shooter.
Posted by Ted Henkle at 12:30 AM