The First On-Line Only Newspaper in Washington 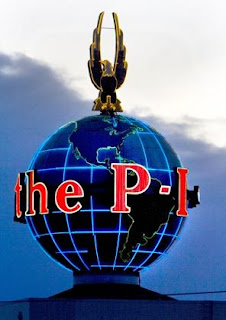 The final print edition of the Seattle Post-Intelligencer (P-I) hit the streets this morning. Starting tomorrow the "newspaper" will go entirely on-line with only 20-25 journalists remaining out of 167 staffers.

The P-I is at this time the largest newspaper in the US to downsize and go completely on-line.

Newspapers across the nation are in trouble for a couple of reasons: Primarily from competition with the internet and the economic downturn.

What the Seattle Times article, linked below, doesn't mention is that over 40% of tech-savy folks won't miss newspapers, while my like minded friends and I won't miss their blatant bias--in print form at least.
http://seattletimes.nwsource.com/html/businesstechnology/2008871618_seattlepi17.html
Posted by Ted Henkle at 5:18 PM