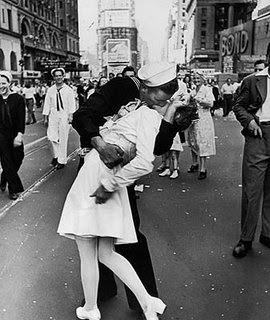 "The difference between victory and failure was very often the willingness to see what had to be done, and to do it instantly and with all the strength at your disposal."

Unfortunately today we talk about "exit strategy" instead of victory over our enemies. While President Bush's administration, may have over-extended our military by going into Iraq, at least he was willing to fight.

Meanwhile, President Obama's administration plans on calling it quits in Iraq by August 2010.

Nothing like telegraphing our intentions to our enemies:
http://news.yahoo.com/s/ap/20090227/ap_on_go_pr_wh/us_iraq

Who ever heard of an "Exit Strategy Day" Celebration?

Not only are we pulling out of Iraq, but we're abandoning some of our nation's most stalwart allies in Central Europe. Apparently President Obama sent a secret letter to Moscow with the following deal: Help us get Iran to stop its nuclear program and we'll scrap the ballistic missile defense we were planning to install in Central Europe--and thus open to bullying by Russia.

Email ThisBlogThis!Share to TwitterShare to FacebookShare to Pinterest
Labels: Quote of the Day