A Legend in His Own Mind 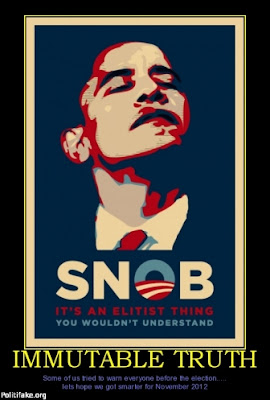 Apparently, 60 Minutes did some selective editing of their interview with Obama during the prime-time show this past Sunday (18 Dec 11).  They posted the edited footage to their on-line Overtime show, maybe thinking no one would pay attention to our Dear Leader's outrageous claims to fame.  Fortunately several blogger watchdogs did, according to this article in Politico.
The biggest jaw-dropping comment:
I would put our legislative and foreign policy accomplishments in our first two years against any president — with the possible exceptions of Johnson, F.D.R., and Lincoln — just in terms of what we’ve gotten done in modern history...

With North Korea building nukes and Iran following suit, along with China and Russia's belligerency, not to mention being $15 trillion in debt, I wonder what Obama's opinion of failure is.

I rate this presidency as:  Epic Fail.

And if Obama gets re-elected, I'll move it up to:  Catastrophic Fail.

At least one person is happy about the Obama Presidency... 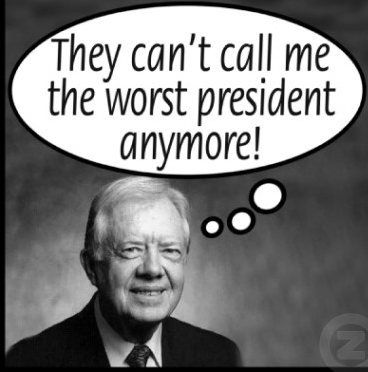