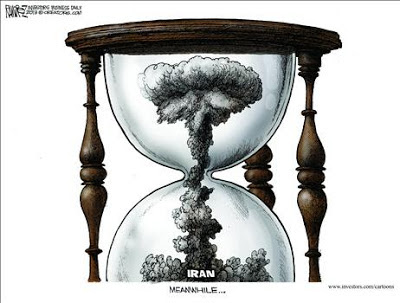 Yesterday, instead of sending us link-laden e-mails, Comrade Karla wrote-out his personal thoughts on some of the issues that plague us.

Here's the abridged Monday Musings, shortened for readability and privacy, from "...we happy few..."

As I sit here, enjoying the crappy Monday morning weather, having perused the newspaper to see that our politicians remain idiots and the public a bunch of mind-numbingly stupid sheep, I wonder about the epic sweep of history (how’s that for a segue?)

1914 saw the beginning of a series of cataclysms that defined the 20th century.
Will 2014 do the same for the 21st? I’m starting to wonder if a perfect storm of disastrous overseas events isn’t looming. 9/11 was bad enough, but our administration has now decided that “all that is in the past, nothing to see, all is well” while in fact things are unraveling at an increasingly fast pace in the Middle East and elsewhere—our institutional media and politicians are simply pretending it isn’t happening.
But I think it is. So what will it be? A regional conflict that goes hotter and wider? Somebody popping an errant WMD?
Feel free to speculate…I know I do. Probably way too much.

Your thoughts are inline with my own. There are so many mounting crises in the world, and most predominately in the Muslim world. The Syrian Civil War, Iranian nukes, the Shia-Sunni war that is ramping up coupled with the Saudi/Arab-Persian conflict that parallels it, Pakistan's slow disintegration even as it ramps up its nuke program, the jihadist explosion in northern Africa, Islamism in Europe, Turkey's troubles. Elsewhere we have China's less than peaceful rise, Europe's spiral downward into uselessness, North Korea's perpetual instability, etc etc.

The interesting (in a bad way) thing is how different combinations of these things will play off each other in unpredictable ways. Maybe an Iranian nuclear test wil destabilize Pakistan, which leads to Chinese intervention for its ally, which lead to trouble in Korea. Who knows? The point is the utter unpredictability. 1939 was pretty straightforward, even at the time for many who paid attention, and for everyone in hindsight. We don't have that luxrious simplicity.
Now, throw in a perfect storm of rightist isolationism, PC-ism, and general leftist stupidity in the one country that can positively impact any and all of these issues, and you get a seirous potential for disaster. (BTW, one comment in the Diplomad that is very true is that the US can survive Obama, but it cannot survive the fact that most people voted for him).
I am pretty sure something is going to happen - my gut tells me something is coming, and I tend to believe my gut instincts (my schadenfreude hope is that it happens on a furlough day!). As for what the "thing" will be, it's anybody's guess.

Sadly, your comments are well put...As somebody once said to me during a typhoon. May as well sit down and enjoy it; there’s not a damn thing you can do about it.

Eventually there's going to be a matter-antimatter collision somewhere. It's not a question of "if," but "when" and "how bad?"...What struck me about the 08 election wasn't just the fact that Obame got re-elected, but how a significant number of voters were still undecided--even while standing in line at the voting booths. It boggles my mind that there's so many clueless voters.

And the liberal-democrats are happy to keep things that way.

Words out of my mouth...With all the BS, I am gratified that my feelings so parallel those of people with whom I am glad to be acquainted.


And the MSM helps by making claims along the lines of “25 percent of Republicans support Obama.” Wow. Really? I’ll go out on a limb and suggest that they aren’t really Republicans or conservatives. One can no longer assume the two terms to be interchangeable.
The other problem with 08 and 12 was the MSM running interference for this guy. Anything negative or scandalous was spiked. And the GOP establishment let them get away with it.

I disagree that the GOP let them (the MSM) get away with it. They were drowned out and, as...pointed out, no one would listen. The constant barrage of “Republicans/Conservatives are the modern day equivalent of your crazy uncle” has taken hold. Goebbel’s Big Lie is working.


Well, I agree that the MSM tried to drown out the opposition; that said, Boehner’s counter-arguments were not made with much force. Republicans routinely let he lefties make silly claims and get away with it.

I don’t know that there is an easy answer.
Today was a good example. I was in the gym from around 1220-1310. CNN at no point ever mentioned the IRS revelations, but they talked about Angelina Jolie’s boobs, that South African guy on trial for murdering his wife—anything BUT the important stuff.
OK, they did mention the rioting in Turkey, but as nobody has really been covering Erdogan’s Islamicization of the Turkish government, I doubt it resonated very much.
Posted by Ted Henkle at 7:30 PM