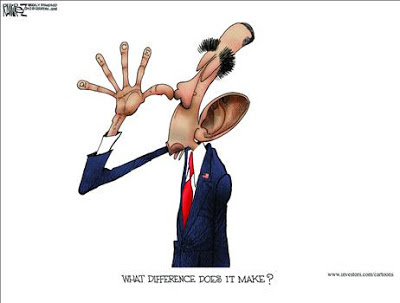 Well, it looks like over half the country is cool with the NSA spying on them.

Comrade Karla made this observation:

Interesting how the numbers have shifted—if this were the Bush Admin, I suspect the majority of Dems would not support this.  Which is why I consider most of them to be hypocrites—they’re only offended if Bushitlercheneyhalliburton does it; otherwise, it’s cool...it goes beyond being willing to give up their freedoms—some of them honestly DO NOT CARE what their own side does, regardless of how much the moaned and protested when the eeeeeeevil GOP did “the same thing,” or something that was perfectly legal/justified—they just didn’t agree with it.


Logic not their strong suit!

He also pointed out why outsourcing intelligence is such a bad idea.

But one friend did counter with this:

I'm not sure the whole contractor issue is as big a deal as people are making it out to be. The Walkers, Pollard, Ames, and Hansen were all either active duty or USG civilians and those are the only ones I can think of off the top of my head. There have no doubt been plenty of others.


To which the good Comrade replied:

True. I was thinking more of a big picture, what is most cost effective, etc etc. Security is a problem—but as you say, not limited to contractors.
Posted by Ted Henkle at 6:30 AM