A State of Ruin 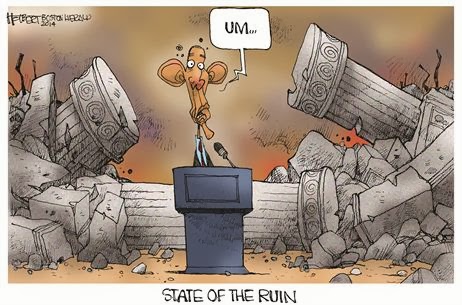 Our Dear Leader's SOTUS was aired four days ago now and while I hate to beat a dead horse, or more appropriately a dead donkey, Mark Steyn unearthed some interesting tidbits our Non-FOX News media refuses to cover.

I guess they're too obsessed with Bridgegate.  For the record, if Governor Christie did know about the lane closures, not to mention authorized it, then he should be duly disciplined.  However, when compared to the "phony scandals" committed by the Oval Office, inconveniencing commuters during rush hour pales in comparison with:  Deaths in Libya & Mexico, conservative groups (for now) being targeted by the IRS and the NSA's wholesale spying on American citizens.

Meanwhile, Our Dear Leader presses-on proclaiming he has a pen & isn't afraid to use it.  And we all know in what manner the Executive Pen will be used for... 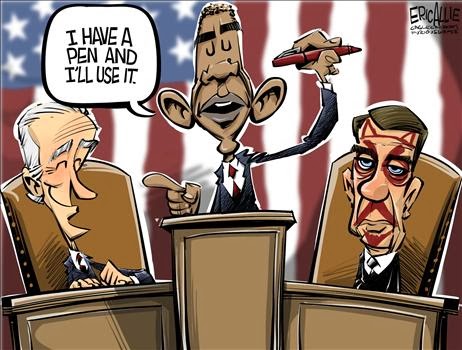 Which nearly half the voting population will be okay with, since they continue to ignore some stubborn facts... 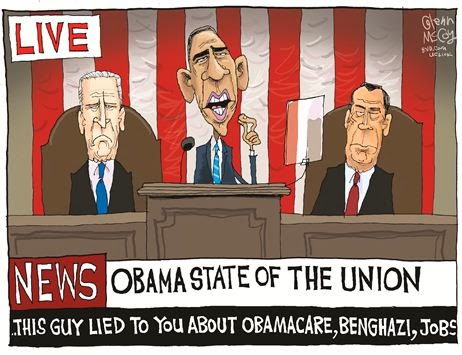 But with the Ministry of Truth (formerly known as the free press) to spin the narrative, those stubborn facts John Adams spoke of, will get a "King's New Clothes" makeover... 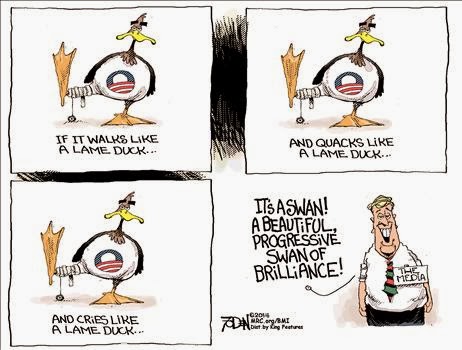 (Image by Glenn Foden)
Posted by Ted Henkle at 7:30 PM