Manning the Pumps on Board the Goodship Hopeandchange 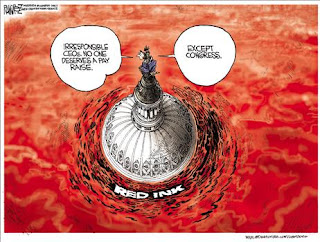 The UK's Telegraph discusses how the crew of the Goodship Hopeandchange are steering a perilous course towards a one-term presidency:

Comrade Karla:  Funny nobody in the US press seems to want to really dig into this.

To which, another on-line friend responded:

"The U.S. media realizes that if they attack Obama, their own part in the impending Obama Disaster will be made clear to even the stupidest at long last.  What is happening is what I feared, and why I told all the knucklehead conservatives that wanted Obama to win so the Dems could fail that they were being WAY too short-sighted. Obama's mess is going to cause damage that may never be repaired, and at a time of some really serious domestic and international issues coming to a head..."

I agree.  I thought the conservatives with the "it was necesary to destroy the village in order to save it" mentality, were loony to advocate such political strategy.
Posted by Ted Henkle at 6:29 PM