The Islamic Way--to a Greener World 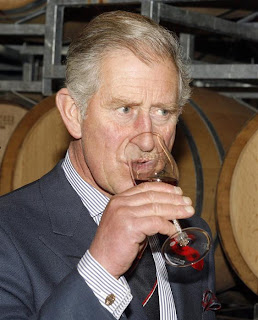 The other day Prince Charles suggested we follow the Islamic way in order to save the planet from ecological destruction:

Um, the first thing HRH will have to do if he follows the Islamic way will be giving up on sampling the local vintages.
He"...spoke in depth about his own study of the Koran which, he said, tells its followers that there is 'no separation between man and nature' and says we must always live within our environment's limits."


Um, has he considered the environment from whence the Koran was written? It's still pretty much the same as it was in the 7th Century--a dismal example of Muslims' stewardship of the earth...

Actually, the Middle East was once quite lush. It was killed through over irrigating, cutting down trees, over grazing, etc. Granted, a lot of that was pre-Islam, but certainly a lot of it wasn't!


Unfortunately, this will appeal to the warmists and other enviro-nutters who think earth would be a fine place if it weren’t for those damned humans.  I wonder if he even has a clue what “Islamic spiritual principles” are? He should work for the Foreign Office, with an attitude like this.
Posted by Ted Henkle at 7:35 PM