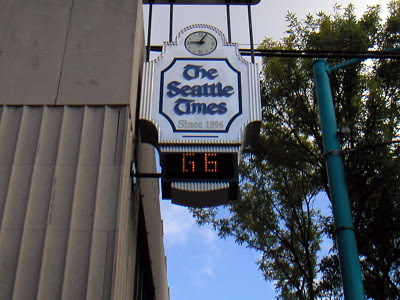 This article in the Seattle Times complains about the lack of scholarships and other funding for illegal aliens.
Not too many of us feel this is a problem:
Easy enough to answer: NO, they are not.  And, predictably, rather than fix the problem they whine about the consequences of not following the law and then act like that result is the cause of these problems.  I note there’s no way to comment on the article….
I was trying to find the comments too, but I was wondering if it was my usual lack of cyber skills. In past ST articles I noticed well over half the comments are conservative-leaning. If this article were open to comments, I have a sneaky feeling, two-thirds to three-quarters of the comments would be conservative.

They were sneaky and put the comments link at the top of the article under the "Share" section. I found a good portion of the comments to from conservative minded people.

I've noticed that about the responses to the ST's articles. Looks like Seattle doesn't quite have the liberal majority liberals claim there is.


The funny thing is, the more I pay attention, the more it appears there is not the liberal majority liberals claim there is anywhere. The Media seems to be a Force Multiplier. Take the OWS crowd. Their numbers pale in comparison to Tea Party events across the country, yet if you watch and listen to the reports about this hack group, you would think that they represent.... Oh wait, 99% of the population and have influence and power that is sweeping from Sea to Sea. While the Tea Party are just a bunch of terrorist-Astroturf-white-ex-Klu-Klux-Klan members.   I'm not sure what's more pathetic, the reporting or the people who believe all this crap.

I think they are both on the same plane. The scary thing is, the MSM will go all out to reelect their guy—it’s already starting. I sure hope the Romney camp (or any of us who don’t want to see a 2d term of The One) are on their game and (1) understand the nature of the forces aligned against them and (2) are ready to do what it takes to discredit this nonsense.  Let’s hope so.
Posted by Ted Henkle at 5:20 PM