Another One Bites the Dust... 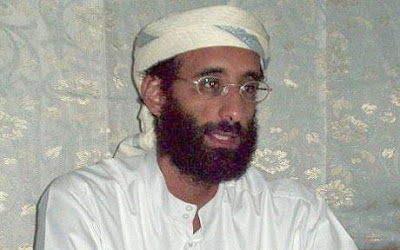 Today got off to a good start.  I woke up and turned on Fox and Friends, to learn Anwar Al-Awlaki was killed in Yemen.  Five hours later, this is still the top story, with all the news agencies talking about it.  Here's the latest from FOX News and Yahoo News.

This happy news spurred instant responsed from my friends:

That's the best news on the terrorism front since UBL descended to the 9th circle of Hell!

Next up: Adam Gadahn!

He'll be harder to get rid of, particularly if he's still hiding in CONUS [Continental United States] somewhere.

Gadahn? No, Gadahn nee Pearlman is in AFPAK somewhere with his boys and goats. Still, I'd love to see him captured and see if DOJ applied the death penalty to him for treason (he's the first in 50 years or so indicted for treason).

Ah, good. That makes it much easier. Doubt they'll try to capture him, though. JDAMing or Hellfiring seems easier. Besides, you just know the usual suspects would crawl out of the woodwork to defend this guy and some idiot judge (or jury) would screw it up.

Oh, I know -- that's why I'd like to see how it played out. But I agree he is far more likely to be turned into mincemeat by a drone strike. 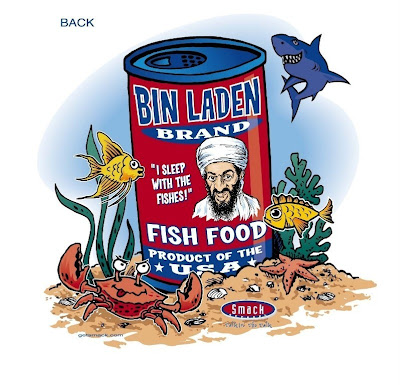 Back on dry land, I LOVE this epitath:
May scores of wild pigs mate over his grave.
Posted by Ted Henkle at 7:55 AM