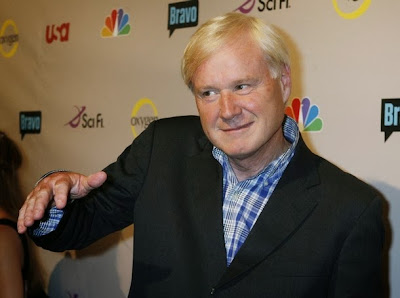 I'm certainly no fan of MSNBC in general and Chris Matthews in particular.

But there are times when one must give the devil his due.

This morning, Comrade Karla Senior sent us a YouTube link of one of Matthews rants.  But this isn't his usual tirade against us "right-wingers."  Instead, this one's against President Obama's leadership style, or lack thereof, with the IRS Scandal at it's epicenter.

You know, one of the scandals Our Dear Leader dismisses as "phony."

While Chris seems to act like a tingly-legged jilted lover, his comments are spot-on.

I've probably said this before, but among the slew of scandals, Benghazi angers me the most.  I'm retired military and the idea of abandoning our fellow Americans under siege appalls me.

However, the scariest scandal to me is the IRS one, with the NSA as a close second.  Not because the IRS is picking on my Tea Partying buddies & buddyettes.  This has the potential of affecting every American.

I'm glad to see Mr. Matthews gets it, even if his fellow spliced-out commentator/Obama acolytes appear not to.

Hopefully this isn't just a fleeting moment, but spark igniting the dissatisfaction some (most?) liberals feel about their Chosen One.

I just wish he reached this epiphany from the get-go, like most of us on the right did.
Posted by Ted Henkle at 7:30 PM