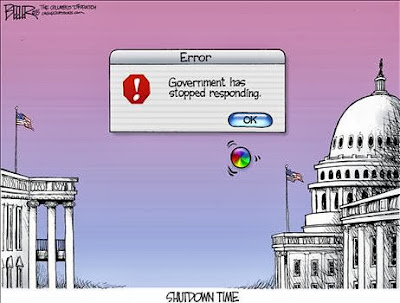 ...the government shut down three days ago.

A good thing the FAA was up and running for my return flight home.

The crux of the matter is, of course, Obamacare.

Which, by the way, 1 October was the first day people could register for "The Affordable Care Act." 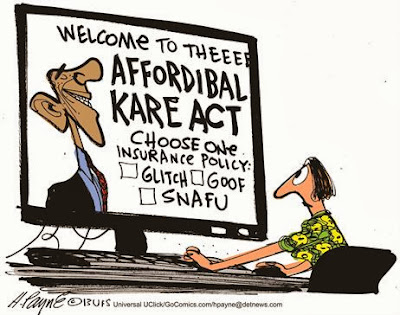 All of us like-minded folks would like to see this fail on it's own.  But The Diplomad is not optimistic about such an outcome.

Can't say that I blame him.  As Mark Steyn often points out, government entitlement programs take root and grow.

I wonder how future historians will commemorate this occassion with something like this? 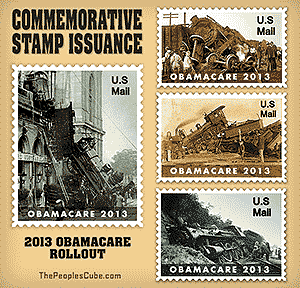 (Image from The People's Cube)
Posted by Ted Henkle at 6:00 AM