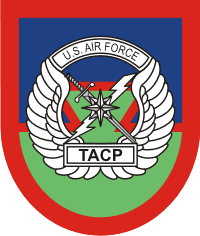 don't know DT personally, but my thoughts and prayers are with him and his family. Two years ago he was wounded by an IED (Improvised Explosive Device) while on patrol in Afghanistan. DT, wasn't in the US Army, but was part of the US Air Force's special group known as TACPs (Tactical Air Control Parties).

"Global Security" offers a good description of what we use to do:

DT's story was profiled in "SW Texas Live" in December 06:

Several months later the magazine garnished several awards including "Best Featured Story" for the author's coverage of DT's experience.Meanwhile, the soldiers TACPs support have obviously seen more than their fair share of combat. In April of this year, a special forces team was involved in a 6-hour firefight. Their heroics was recognized by the Army awarding 10 Silver Stars, our nation's 3 highest military award for bavery, to members of the team.