The Most Corrupt State in the Union is... 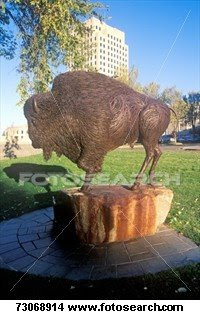 I guess we shouldn't be too surprised. Some "Bison Chips" are bound to get filtered into the political meat-grinding process. Especially within a capital city named after Germany's "Iron Chancellor"--Otto von Bismark.